by Eric Thompson
in Uncategorized
0 0
1

The U.S. Army, a branch of our US military, is lead by their creed; “I am disciplined, physically, and mentally tough, trained, and proficient in my warrior tasks and drills. I always maintain my arms, my equipment, and myself. I am an expert and I am a professional. I stand ready to deploy, engage, and destroy, the enemies of the United States of America in close combat.”

In response to the civil unrest resulting from the death of George Floyd, The Army initiated Project Inclusion, which they described as an effort to “improve diversity, equity and inclusion across the force and build cohesive teams” and created resulted after the police killing of George Floyd.

Following the creation of Project Inclusion, the Army received a complaint from Republican Congressman Mo Brooks of Alabama, whose district includes Redstone. Brooks believes a handout to personnel at the Redstone Arsenal, that was included in a presentation on “Racism and Discrimination”, should not have listed the Trump campaign slogan “MAGA” as “covert white supremacy.” He believes the handout violates the Hatch Act, which prevents the military from engaging in partisan politics. The congressman sent a letter to Army Secretary Ryan McCarthy, copied to Trump, Attorney General William Barr, and others.

Army’s Project Inclusion listening tour handouts — which Brooks said was delivered to troops and contractors in an invitation to the listening tour event at the Redstone Arsenal — included a pyramid chart of phrases and actions that it states range from overt to covert white supremacy.

Lynchings, hate crimes, the n-word, swastikas and burning crosses are among those things considered “overt white supremacy,” according to the handout. “Make America Great Again,” “Eurocentric Education,” “not challenging racist jokes,” and “Celebration of Columbus Day” are among the many phrases and actions considered “covert white supremacy,” according to the handout. 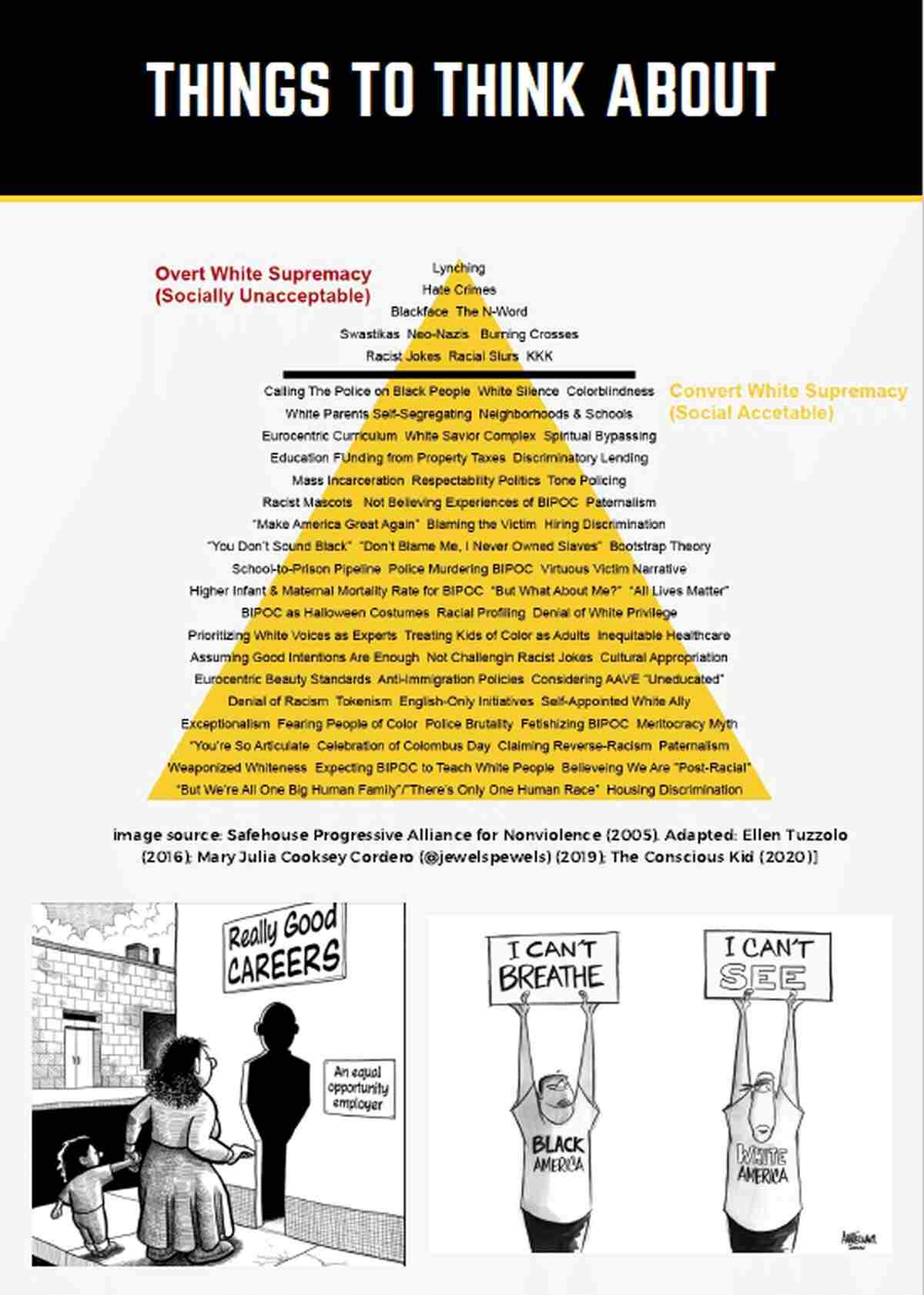 The handouts which, on the surface, appear fairly harmless. But this handout suggests something much different.

Lynchings, hate crimes, the n-word, swastikas and burning crosses are among those things considered “overt white supremacy,” according to the handout. “Make America Great Again,” “Eurocentric Education,” “not challenging racist jokes,” and “Celebration of Columbus Day” are among the many phrases and actions considered “covert white supremacy,” according to the handout.

Cynthia O. Smith, an Army spokeswoman, said that “as soon as the Department of the Army leaders were made aware of these products the Army initiated a 15-6 investigation to determine how this happened. The Army does not condone the use of phrases that indicate political support. The Army is and will continue to remain an apolitical organization.”

It is almost impossible to get away from the influence of the radical left in our country. Those who buy into the ‘America was built on racism and must be torn down and built on a new foundation” (Marxist) plan, seem to fearlessly violate rules, in order to further their cause. The Army wanted to let their troops visit a workshop on racism, but the group took advantage of the opportunity, to create a flyer including President Trump slogans as part of racism identifiers. At least this was caught and I hope they throw the book at whoever was responsible for this.