Is Jill Biden Running For President? Jill Does In-Person Interview with CBS as Feeble Joe Hides in His Basement (VIDEO)

by Eric Thompson
in Politics
0 0
0

After yesterday, we know now as few things concerning the status of Joe Biden’s Presidential campaign.

One of the questions still outstanding is, who would actually run the country if the former Vice-President was elected President Of The United States? 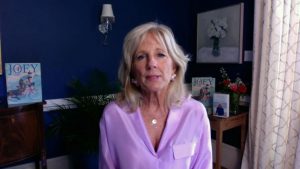 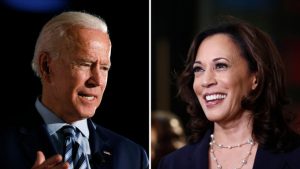 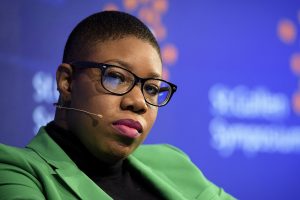 During last Sunday’s interview with CBS Sunday Morning with host Rita Braver, it appeared Jill was the Biden running for office. Why, well her 77-year-old husband, Joe, has struggled to string a few sentences together for years, so his wife is talking for him.

In addition to this interview, Jill Biden previously delivered Sleepy Joe’s 2020 campaign message as her husband stood next to her and blinked.

And last week she appeared on Fox News “reassuring” the viewers that her husband, Sleepy Joe, would show up to the debates against President Trump.

Sunday, Jill did the face to face interview as declining Joe hid in his basement refusing to do interviews with members of the press.

LOL wait. Why can Jill Biden do in person interviews but Joe Biden has to stay in the basement?? #HidenBiden pic.twitter.com/ovFb1Mi3zj

During the softball throwing, pre-scripted “interview”, Rita Braver didn’t ask Jill Biden any tough questions about her husband’s criminal past.

I don’t remember the press being so passive during the questions concerning alleged sexual misconduct of Justice Brett Kavanaugh, do you? The leftist mob was almost successful is pulling another Robert Borke, preventing a highly qualified judge from getting confirmed by the Senate, without any proof of wrongdoings.

Mrs. Biden also asserted that all accusations against Hunter Biden and his shady business dealings in Ukraine and China are just a distraction drummed up by the Trump campaign.

Joe’s questions and answers were recorded earlier in the week, with Joe speaking from his basement hideaway.

So if you did not know better, this was a Presidential campaign piece for Jill Biden.

I am not sure anyone of really knows how much Joe still has in the “attic”, but as Sean Hannity says frequently; if Joe had a fastball it is gone, a curveball it’s gone or a change-up it’s gone too.

According to some historians, Nancy Reagan had to assist Ronald during his second term as President, but the fact that Joe Biden would need help before, if elected, taking office, is simply immoral and reaks of deep state at its core.

Let’s not see how any of the aforementioned governs, instead re-elect President Donald J. Trump on November 3rd, 2020.