So much for the children! In another line of hostage-taking ultimatums, the LA Teachers Union released their demands before the teachers will go back to the classrooms. Some of the items are reasonable but the main two would require the city to defund the police and put a moratorium on Charter schools. So either LA does what the union demands or the children will not have any teachers, in the event the schools re-open. 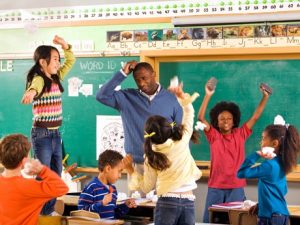 The Los Angeles Teachers Union issued a research paper arguing schools in the district can’t reopen without certain policy provisions in place ranging from mandatory face masks to a “moratorium” on charter schools and the defunding of police.

With classes set to begin on Aug. 18, United Teachers Los Angeles, a union consisting of 35,000 members, outlined a series of demands that should be met before reopening,

The union stressed the need for precautions to stem the spread of the coronavirus, including students being assigned to small sequestered groups, face masks, protective equipment, and school campuses being reconfigured to allow the maximum possible social distancing.

The paper argued that the pandemic “underscores” inequality in the United States. 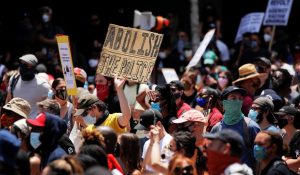 The Trump administration’s attempt to force people to return to work on a large scale depends on restarting physical schools so parents have childcare. In Los Angeles, this means increased risk especially in Black and Brown working communities, where people are more likely to have ‘essential’ jobs, insufficient health care, higher levels of preexisting health conditions, and to live in crowded housing.”

“Police violence is a leading cause of death and trauma for Black people, and is a serious public health and moral issue,” the union said. “We must shift the astronomical amount of money devoted to policing, to education and other essential needs such as housing and public health.”

As for charter schools, the union called for a “moratorium.” The paper contended that they “drain resources” from public schools and claimed that they “double-dipped” during the pandemic by taking federal bailouts, even though their state funding did not decline.

The paper ended with a section titled, “In Conclusion: Normal Wasn’t Working For Us Before. We Can’t Go Back.”

The public sector unions have not been in reality for a few decades. While the schools have been in decline, in all scholastic metrics, the unions have been defending poor-performing teachers. Demands for raises, better health care, and tenure for teachers, good or bad, has the children trapped with no way out.

My wife and I homeschooled our children, which worked out great, but for those in LA who don’t want that responsibility, they can only wait and see who calls uncle first in this standoff. Either way, the system is broken, beyond repair, and must be replaced. The only thing that is in the way; is the United Teachers Los Angeles Union.

Biden Secretly Asks Mexico To Help Control Border Crisis He Created, Just Like Trump Did Until Biden Ended It