Kindness is not dead.

This reminder is becoming more imperative as stories of conflict and hate saturate the media cycle.

So, I’m going to borrow a page from John Krasinski’s book and shine some good news into what has become a dark realm of anger and misinformation.

“Excuse me, I don’t mean to eavesdrop, but I’m a journalist, so it’s my nature to be nosey. That was a wonderful story and I was hoping to write an article about it.”

I was sitting on a plane during a same-plane layover in Nashville on my way to visit my ridiculously cute nieces. The day before, I had taken some engagement pictures in D.C. and took the layover time to do some editing, but you probably don’t care about that — even though you should since the lovely couple bore the below-freezing temps and looked incredibly cute. But I digress.

Sitting in the front row with no passengers around me, I was knee-deep in Photoshop when the flight crew gathered near the cockpit for some watercooler chat while the plane was being serviced. Unable to deny myself the chance to eavesdrop in on the life of aviation service, I snooped — and what I overheard was a heartwarming story told by flight attendant Becca Pruett.

Earlier that week, Pruett found a wallet on the plane after passengers from the previous flight had departed. The plane was about to depart with new passengers aboard, so Pruett planned to keep hold of the wallet until she was able to mail it off to its owner. When she checked the ID for a mailing address, she noticed the wallet belonged to a U.S. Navy sailor.

Pruett also noticed that the sailor’s wallet contained no money — and she wanted to do something about it.

“I saw that there was no cash inside the wallet and my crew agreed that we wanted to change that. Putting some cash in the sailor’s wallet was the least we could do to show our support for those who don’t often receive it.”

With that, all five members of the SWA Flight 2469 crew each pitched in $20 as a surprise for the sailor when his wallet arrived in the mail. The crew added a note with the wallet, saying, 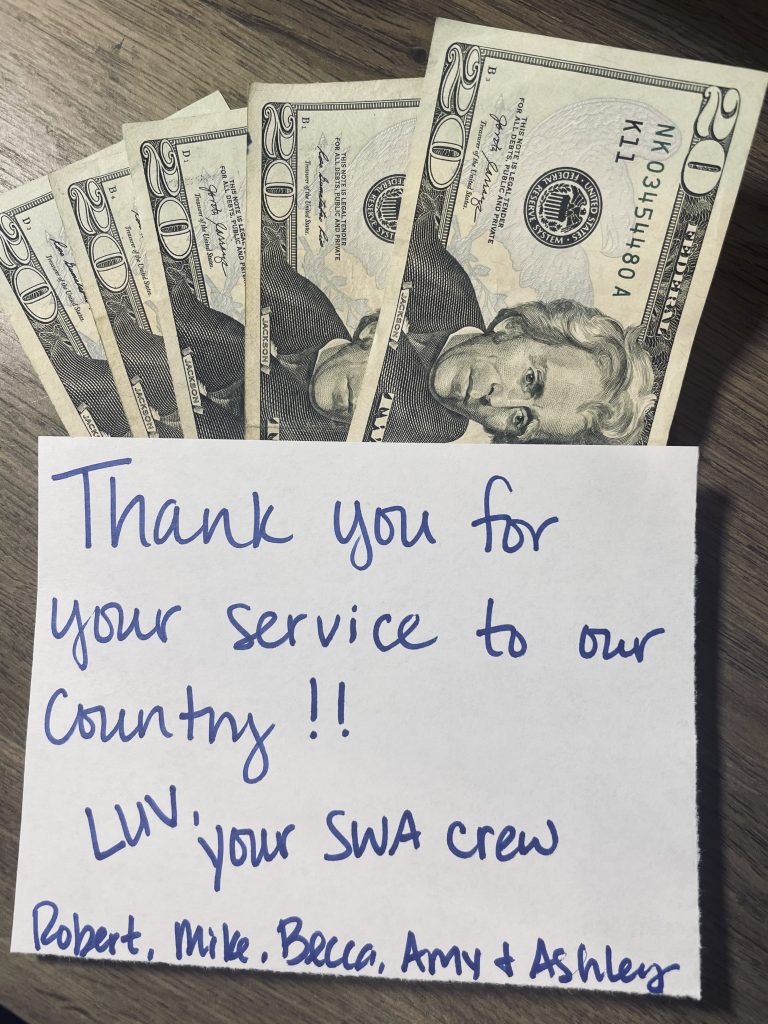 “Thank you for your service to our country. Love, your SWA Crew.”

The Navy sailor, who wished to remain anonymous, expressed his appreciation for the crew’s kindness of $100.

“I was so surprised, grateful, and thankful. All in one. I was not expecting such a kind and warm gesture.… Thank you all so very much for that blessing!! It made my week that much brighter. Hope you have a blessed day!”

What struck me about the crew is that there was no glory-seeking. I was a random passenger listening to a group of peers talking life. This was just the crew’s simple private act of kindness for the sake of kindness.

They didn’t — and they had no plans to —go to the media. I just happened to overhear the story.

The crew was being humble, but I want to give credit where it’s due. That said, the flight crew of SWA Flight 2469 are:

Are The Democrats and Biden Against Israel?

“You never know what’s going on in someone’s life, so we wanted to do our part to help if needed.”