by Kari Donovan
in Border Crisis
0 0
0

Reporters are discovering a human crisis along the Southern border of the United States that almost sounds like an epic true life crime odyssey, exposing detailing crimes that are leaving a trail of destroyed homes and lives in multiple countries where people, both good and bad, are doing whatever they have to do to get into America.  Many of them are fueled by the notion that Democrat Joe Biden has promised them all free things, unrestricted access to American wealth and power, and that they will not be held accountable for crimes against America.

Reporters like Todd Bensman are warning there is a disaster brewing. Bensman is a Senior National Security Fellow and is the Center’s Texas-based Senior National Security Fellow. He is the author of “America’s Covert Border War: The Untold Story of the Nation’s Battle to Prevent Jihadist Infiltration“, the untold story of a secret American border program created to prevent terrorist infiltration over the U.S. Southwest Border.

Prior to joining CIS in August 2018, Bensman led homeland security intelligence efforts for nine years in the public sector. Bensman’s body of work with policy and intelligence operations is founded on more than 20 years of experience as an award-winning journalist covering national security topics, with particular focus on the Texas border.

Todd Bensman reported, expertly,  on his experience on the Southern border:

OJINAGA, Mexico — Under the international bridge connecting this town to Presidio, Texas, a human smuggling guide snorted cocaine with a buddy and two prostitutes — the chosen fruits from leading a large group of Central American immigrants on a long backpacking journey to new American lives. 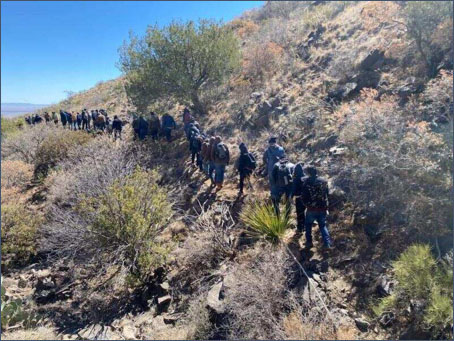 “Jose Antonio”, the name offered to the Center for Immigration Studies, said he was a long-distance foot guide, a guia, for the ultra-violent La Linea cartel controlling this area. He leads groups of immigrants on eight- to 12-day treks through the remote desert terrain in West Texas with a singular goal: get them to U.S. Interstate 10, where associates pick them up at landmarks and drive them into the nation’s interior.

By cell phone, Antonio ordered the chunk of plastic-wrapped cocaine and paid the delivery man from a fist-sized wad of 200- and 500-peso bills pulled from the front pocket of his jeans. He chopped up the small white block with a knife on the tailgate of his beat-up old Chevy pickup truck — a brand new truck was on order with all his new money, he said….”

HOW IT AFFECTS REAL PEOPLE

Bensman brilliantly weaves storytelling in with details. This is a must-read article.

“….Now, however, the smugglers and many other single runners, shopping border sectors for paths of least resistance, have discovered Big Bend and its high probabilities for successful illegal entry and evasion.

Sector apprehension statistics show a massive spike there, almost all of it in the category of single adult runners.

For example, U.S. Customs and Border Protection statistics show that just 3,029 single adults were apprehended in the first quarter through March 2020. For the same period this year, the number spiked to 14,091, a 365 percent increase. A smattering of family unit and unaccompanied minor apprehensions brought the sector total for just that one quarter to 15,389.

The real total numbers are likely much, much higher than the official tally of 15,389. The Border Patrol agents who work here estimate that 70-80 percent get away clean, probably even more. That means tens of thousands more could probably be added to the official tally, assuming a 70-percent no-catch rate. 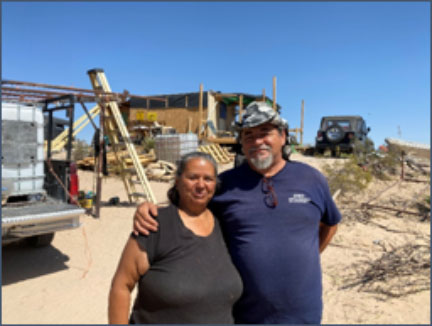 Miguel and Alma Soto, homesteaders near the Rio Grande. Photo by Todd Bensman.

Homesteaders Miguel and Alma Soto, who are building a wooden house on 75 acres of desert a mile from the river, said they see immigrant groups every week moving constantly by them on some invisible route on the other side of a flimsy barbed-wire fence from their property. It wasn’t like that when they first bought, and now they feel pretty insecure.

“There’s no border. There’s no wall,” Miguel said. “They’ll come across, you know, but the problem to us is that some could be armed.”

Michigan's Democrat Secretary of State 'Refused' to Sign for 7,500 Affidavits of Voters Demanding a Forensic Audit of 2020 Election [VIDEO]

Richard Grenell Called out Biden at RNC for Unmasking and Obstructing, for Refusing Peaceful Transfer of Power