Traitor? Now That The Memorials Are Over, It is Time To Investigate Robert Mueller’s Role In 9/11

Saturday marked the 20th year memorial of the vicious attacks on Americans and for 20 years a cabal of government officials, including then-President George Bush, has refused to address the realities of the attacks, inform Americans of the truth, or hold the people responsible who slaughtered thousands of Americans and changed our way of life.

But where should we start to take the evildoers in the government to task, who designed a way to attack our civil rights from behind their ‘patriot act’, and have abused their powers in bold, haughty and shocking ways?

Key Point:  Robert Mueller betrayed the United States before he destroyed the presidency of Donald J. Trump. Consider his actions after Sept. 11th, 2001:

Judicial Watch made a statement in May 2017, outlining Special Counsel, Mueller and his illicit ties to radical Islamic terrorist groups.

“Judicial Watch exclusively obtained droves of records back in 2013 documenting how, under Mueller’s leadership, the FBI purged all anti-terrorism training material deemed “offensive” to Muslims after secret meetings between Islamic organizations and the FBI chief.

As FBI director, Mueller bent over backward to please radical Islamist groups and caved into their demands. The agency eliminated the valuable anti-terrorism training material and curricula after Mueller met with various Islamist organizations, including those with documented ties to terrorism. Among them were two organizations— Islamic Society of North America (ISNA) and Council on American Islamic Relations (CAIR)—named by the U.S. government as unindicted co-conspirators in the 2007 Holy Land Foundation terrorist financing case.

CAIR is a terrorist front group with extensive links to foreign and domestic Islamists. It was founded in 1994 by three Middle Eastern extremists (Omar Ahmad, Nihad Awad and Rafeeq Jaber) who ran the American propaganda wing of Hamas, known then as the Islamic Association for Palestine,” Judicial Watch reported.

Reminder: Back when he was FBI Director, now-Special Counsel #Mueller worked with Islamist orgs – including those with documented ties to terrorism like #CAIR – to purge the FBI's anti-terror training manuals of material deemed "offensive" to Muslims.https://t.co/FsfdgdPoBu

How Do We Know?

In this shocking lawsuit, that is not discussed often, we learn about the subversive use of Islam in a plan to conquer America.  It seems as though this case has been buried for some reason. Now to make this matter so much more complex, a name we recognize is associated with this lawsuit… enter a familiar name Robert S. Mueller III and here is how :

From the Department of Homeland Security:

“From its inception, HLF (Holy Land Foundation) existed to support Hamas (Harakat al-Muqawama al-Islamiyya) or (Islamic Resistance Movement). Before HLF was designed as a Specially Designated Terrorist by the Treasury Department and shut down in December 2001, it was the largest U.S. Muslim charity. It was based in Richardson, Texas, a Dallas suburb. The ‘material support statute,’ as it is commonly referred to, was enacted in 1996 as part of the Antiterrorism and Effective Death Penalty Act. That statute recognizes that money is fungible, and that money in the hands of a terrorist organization — even if for so-called charitable purposes — supports that organization’s overall terrorist objectives.

The government presented evidence at trial that, as the U.S. began to scrutinize individuals and entities in the U.S. who were raising funds for terrorist groups in the mid-1990s, the HLF intentionally hid its financial support for Hamas behind the guise of charitable donations. HLF and these five defendants provided approximately $12.4 million in support to Hamas and its goal of creating an Islamic Palestinian state by eliminating the State of Israel through violent jihad.” The documents found in this link are those that were entered as evidence in the federal court case: USA v. Holy Land Foundation for Relief and Development.”

According to a press release from the Department of Justice, a Federal Judge handed down sentences:

“Dallas, U.S. District Judge Jorge A. Solis sentenced the Holy Land Foundation for Relief and Development (HLF) and five of its leaders following their convictions by a federal jury in November 2008 on charges of providing material support to Hamas, a designated foreign terrorist organization.

Today’s sentences mark the culmination of many years of painstaking investigative and prosecutorial work at the federal, state and local levels. All those involved in this landmark case deserve our thanks,” said David Kris, Assistant Attorney General for National Security. “These sentences should serve as a strong warning to anyone who knowingly provides financial support to terrorists under the guise of humanitarian relief.”

However, Indictments were not sought. Enter Mueller:

I found  THIS letter from  Rep. Peter T. King (R- Florida), Chairman of Counterterrorism and Intelligence  to Eric H. Holder, Former Attorney General and Robert S. Mueller Former Director of FBI, the request is made for disclosure: 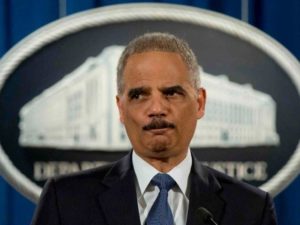 I write to inquire about your decision not to prosecute the 246 individuals and organizations, named as unindicted co-conspirators in a Hamas terror finance case, United States v. Holy Land Foundation.

I have been reliably informed that  the decision not to seek indictments of the Council on American Islamic Relations (“CAIR”) and its co-founder Omar Ahmad, the Islamic Society of North America (“ISNA”), and the North American Islamic Trust (“NAIT”), was usurped by high-ranking officials at Department of Justice headquarters over the vehement and stated objections of special agents and supervisors of the Federal Bureau of Investigation, as well as the prosecutors at the U.S. Attorney’s Office in Dallas, who had investigated and successfully prosecuted the Holy Land Foundation case.  Their opposition to this decision raises serious doubt that the decision not to prosecute was a valid exercise of prosecutorial discretion,” wrote King.

What We Know Mueller Knew

Back in 2011 Mueller had alerted concerned Americans that something was not right with his lack of concern over Islamic ties.  In THIS in depth reporting and going back even further,  The Hill reported,  Muslim Mafia: Inside the Secret Underworld, that’s Conspiring to Islamize America, by P. David Gaubatz and Paul Sperry. 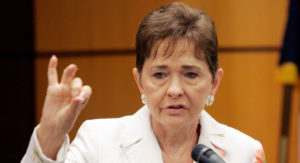 In the book’s forward, Myrick writes: “Front groups of terror now operate openly in our country, comprising a network of support for jihadists…Government officials need to stop hiding behind political correctness and keep the American people informed.”

In a Jan. 13, 2007, memo that the book’s authors said was obtained from CAIR, the group states its intention to lobby members of Congress and place interns in the offices of lawmakers.

“We will focus on influencing congressmen responsible for policy that directly impacts the American Muslim community. (For example congressman (sic) on the judiciary, intelligence, and homeland security committees.) We will develop national initiatives such as a lobby day and placing Muslim interns in Congressional offices,” the memo reads.

Judicial Watch  reported, “Mueller’s actions have had a widespread effect because many local law enforcement agencies followed the FBI’s lead in allowing Islamic groups like CAIR to dictate what anti-terrorism material could be used to train officers. Among them are police departments in three Illinois cities— Lombard, Elmhurst and Highland Park—as well as the New York Police Department (NYPD).”

“In the case of the Lombard Police Department,” said Judicial Watch, “CAIR asserted that the instructor of a training course called ‘Islamic Awareness as a Counter-Terrorist Strategy’ was anti-Muslim though there was no evidence to support it. Like the FBI, Lombard officials got rid of the ‘offensive’ course. The NYPD purged a highly-acclaimed report that’s proven to be a critical tool in terrorism investigations after three New York Muslims, two mosques and an Islamic nonprofit filed a lawsuit.”

“Considering Mueller’s role in much of this, it makes him a bizarre choice to lead the heated Russia investigation,” said the watchdog group'” said Judicial Watch.

Judicial Watch’s report on Mueller can be read here.

Going down a Rabbit Hole:

On the many usurpations of the federal government against our American Republic and the American people.

How the Patriot Act has changed everything

EPA wants Environmental Justice Groups Investigated for Ties to China and Russia, Covert Organizing Could be Over