Roger Stone is facing attacks on his career and his family and there is little financial help for the long-time political icon, who was instrumental in encouraging Donald J. Trump’s political career. The Feds are going after him again for Jan. 6th, and I want to know where are the people who said they would help him?

From a recent request for assistance from Stone:

“Needless to say, the subpoena above was released to the media to create a fake news media feeding frenzy long before it was received or even seen by my lawyer!

Haven’t my wife and I suffered enough at the hands of liars and con-men like Adam Schiff, Jerry Nadler and Chinese spy-compromised Eric Swalwell? I was not at the Ellipse or the Capitol on January 6th and know nothing about any illegal activity on that day. Any political activity I engaged in was legal and Constitutionally protected by free speech rights and right to free assembly”

ENOUGH! STONE IS AN ACTIVIST

Frankly, after watching the left circle their wagons and pour money into bail accounts for Marxists, I believe it is time to appeal to the right to get your wallets out.  I have said for a long time that all activists, including high-profile activists like Milo Yiannopoulos, face being persecuted as Stone has been- if we do not protect activism. I have been writing about that exact thing for years now.

WHAT IS THE DEAL WITH YIANNOPOULOS?

Stone is that activist on the frontlines. I have followed the government’s persecution of him since the InfoWars Press Conference, at the National Press Club, in DC in 2018. I have covered Stone’s trials and tribulations for years. So the issue is genuine to me.

NOW I AM FRUSTRATED

And much as I enjoy him and wish him well, I will say this: Yiannopoulos misled me for months about helping Stone’s legal defense- and now I want some answers.

We have all benefitted from Stone’s work- so here is my appeal, and some of it may be a little difficult to swallow for fans of Milo. First, I am frustrated at how social media influencers promise to help- and don’t.

My rant: Yiannopoulos is a controversial writer and commentator who I have personally supported and encouraged, and here is my issue:  Milo wrote a book on the trial of Roger Stone’s trial, releasing it weeks after I promoted it for him on National File, telling the public that he would donate the proceeds to Stone’s legal defense fund.

I had written the piece for National File, even when it was a little personally difficult for me to do, to help kick book sales off because I was promised that the book’s proceeds would go to support Roger’s legal defense.  I was paid nothing for the article or for helping kick-start the book. I have donated to Stone’s fund myself.

In Milo’s reporting, he went after Steve Bannon very hard, and I have been a long-time admirer of Bannon’s work, but I decided to post the story as is- and “stay in my lane”. That controversy of why Bannon did what he did- is much too complex for me to tackle. I am not in Bannon’s shoes.  I stayed focused on helping Stone. I continue to respect Steve’s work. But posting that article- was not comfortable for me.

Recently, I asked Roger if he had received any of the funds from the book.  Roger would not comment to me about it, probably not wanting to cause any more infighting- but I am frustrated. I want to know because I don’t intend to make public appeals for financial help and then not see them through. That is not how I do things.

Other sources I contacted .close to Yiannopoulos and Stone, both say nothing has been donated from the book and numerous attempts to reach Milo, to ask him about this, were unsuccessful.

I promoted Milo’s book about Stone’s trial- for him on National File. On Feb. 14

“As reported to National File reporter Kari Donovan by sources who were placed at the trial of Roger Stone, “every day,” this is a summary of comments by a first-hand source of what happened.”

AND STONE IS STILL BROKE- SO MILO, PLEASE HELP HIM

Stone wrote the following plea to Americans on Wednesday, about a new federal witch hunt on him:

Yesterday the bogus, Trump-hating House Democrat committee investigating the events of January 6 sent me a subpoena for testimony and records regarding their latest politically motivated witch hunt. Here we go again! 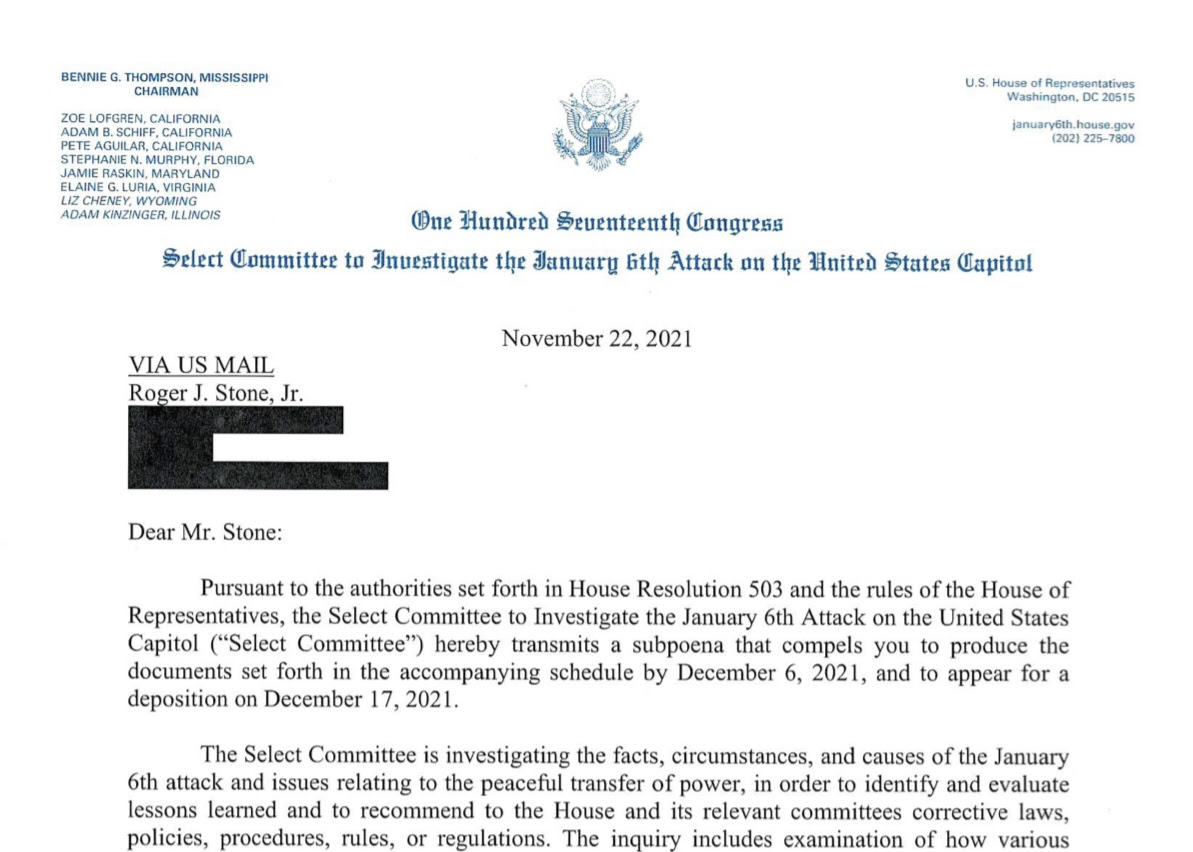 Needless to say, the subpoena above was released to the media to create a fake news media feeding frenzy long before it was received or even seen by my lawyer!

Haven’t my wife and I suffered enough at the hands of liars and con-men like Adam Schiff, Jerry Nadler and Chinese spy-compromised Eric Swalwell? I was not at the Ellipse or the Capitol on January 6th and know nothing about any illegal activity on that day. Any political activity I engaged in was legal and Constitutionally protected by free speech rights and right to free assembly.

Between the two years of hell we were put through, being framed and extorted to bear false witness against President Trump in the Mueller witch hunt – and being censored, deplatformed and canceled on the internet, we are battered, exhausted and essentially bankrupted. Only by the grace of God and the intercession of Jesus Christ was I pardoned and delivered from my persecutors when pardoned by President Trump.

Now I have to go out and retain lawyers to fight this latest vile attack on me and my family. I just can’t do it alone. I will never stop fighting but I need your immediate help once again. The coffers at the Stone Defense Fund are virtually empty, having been through a two year ordeal and more recently won dismissal of 11 harassment civil lawsuits against us!

Please send an EMERGENCY contribution to my legal defense fund so I can stand up to these bullies who seek to smear, frame and destroy me once again.

WHERE IS THE RIGHT?

Roger Stone, a decades-long political icon and his cancer-stricken wife, Nydia Bertran, have both been hounded by the mainstream media and the Federal government for their encouragement of,  and their friendship to Donald J. Trump.  The Stones were both friends with Trump long before Trump was President of the United States.

It is obvious after all of these lawsuits that go nowhere, that the opponents of Trump view Sone as an easy gateway to harassing Trump himself.

Clearly-bankrupting Stone with “Lawfare” is just punishing Stone for his successful advocacy of liberty in the United States while making him vulnerable to submitting to them- by lying about Trump.