Some people think that Abrams is two-faced as she calls for raises for police while she in on the board of a Defund the Police group. That is not true at all. Think about it. If you defund the police, you could give them a 1,000% raise. It means nothing because there are no police, hence, no actual raises. Heck, give them 10 weeks of vacation and a free $10,000 dollar a year 401k while you are at it.

Axios bragged about getting an interview with Stacey Abrams, running to be a two-time loser like Hillary. She is behind in the polls and she used up all of her excuses after losing by 55,000 votes four years ago. Axios played up that Abrams wants to pay police more,but she is on the board of directors of the Marguerite Casey Foundation, a far left organization that denied Stalin membership for being too conservative.

“The Post collected data on nearly 40,000 payments at 25 of the nation’s largest police and sheriff’s departments within the past decade, documenting more than $3.2 billion spent to settle claims [of wrongdoing].” #DefundthePolice https://t.co/fm1UMmcbm3

"The Cop City story…offers a window into how the actors that make up the PIC—corporations, governments, media, police, and others—work in deadly harmony to suppress political dissent, subvert democratic engagement, and protect profits.” #AbolishthePolice https://t.co/jObxbG8TDb 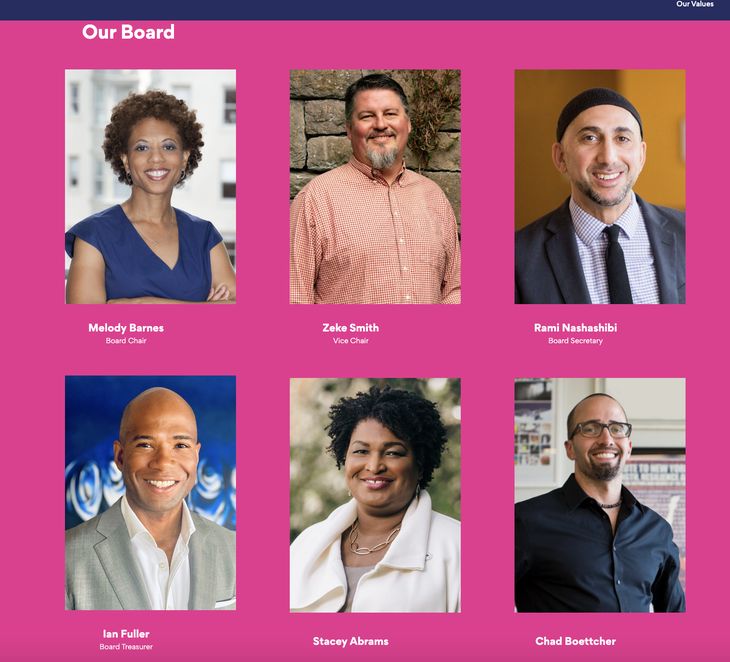 The Marguerite Casey Foundation is a far-left radical’s dream. According to the foundation’s website, “We imagine a world where our democracy and economy truly represent the contributions, dreams, and desires of communities that have been historically excluded from sharing in the resources and benefits of society. People should be more than just represented in our democracy and economy—their representation must include their ability to shape them.”

One of the foundation’s initiatives is something called “Answer the Uprising” — not subtle at all — which is “An initiative launched by Marguerite Casey Foundation on the one-year anniversary of the 2020 racial justice uprisings, aimed at increasing funding and momentum for ending police violence.”

But it gets worse. Let’s go back one more month for another tweet from the foundation, in which it quoted an article about police in Star Trek Stacey’s hometown of Atlanta, accompanied by an even more dangerous hashtag.

“‘The Cop City story…offers a window into how the actors that make up the PIC—corporations, governments, media, police, and others—work in deadly harmony to suppress political dissent, subvert democratic engagement, and protect profits.’ #AbolishthePolice,” reads the tweet.

Women’s Sports Coach Pushes Back On “Trans Activism”, Asks “Who Is True Trans?”