Darrell Brooks is the accused killer from the Waukesha Christmas Parade Massacre. He had just been released on $1,000 dollar bail after he tried to kill the mother of his child by running her over in his red SUV, thanks to the lenient practices of Soros-backed DA in Milwaukee. The mainstream press is trying to run cover for him by saying he was escaping from a knife fight. That’s like the woman who stabbed her husband 57 times with the excuse that she didn’t know the knife was loaded.

The reason that story does not hold water is that he never slowed down until he could go no further. Had he been fleeing a knife fight, he would have stopped after hitting the first couple of victims. brooks had posted bail for two felonies just days ago and was already out on bail for three felonies from last March. 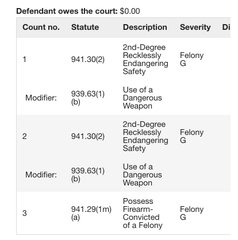 Milwaukee District Attorney John Chisholm bragged online about abolishing bail as he was also praising other Soros-backed DAs throughout the country. Chisholm is also the one who issued John Doe warrants and seized property illegally from 159 conservatives and then ordered them not to reveal what he had done.

In a court filing Tuesday announcing that he had completed his court-ordered chores, Schmitz informed the Wisconsin Supreme Court that he has sent out 159 “Special Prosecutor” notices to people and organizations whose records were seized by as part of secret investigations commonly referred to as “John Doe I” and “John Doe II.”

The number of court-ordered notices underscores how widespread the abusive investigation was.

“Over the last two days, I’ve spoken to people who just learned that prosecutors are in possession of several years of their email and other records,” said Deborah Jordahl, one of dozens of conservatives targeted or spied on in John Doe II. “They are not high profile people and they are not all directly connected to organizations or activities that formed the basis of the investigation.”

Waukesha Police Chief: Man Who Ploughed Into People At a Christmas Parade Has Been Charged With 5 Counts of Intentional Homicide [VIDEO]

Trump Waives Bannon Through To Testify On J6 Committee

Yes, Virginia, There is a Massacre…NJ Still Up For Grabs