Rep. Cori Bush Wants To ‘Defund The Police’ But Spent Campaign Money On Private Security For Herself

One of the newest members of The Squad, Cori Bush is all for defunding the police but when it comes to her own security, the sky is the limit. The same person who wants to cut police protection for you is using campaign  money to provide herself with private security. The Daily Caller examined the newly released Statement of Disbursements of the House records.

Back in April, the Daily Caller reported on members of the Squad who charged their campaigns for private security. Unfortunately the great unwashed do not have campaign cash to pay for our security. That’s why we have police. To serve and protect. Bush spent $888 on security with RSAT Security Consulting LLC on February 19, 2021. It’s amazing that the Squad wants to take away your protection but are unwilling to take away their own.

RSAT Security Consulting is led by a team with “50+ years of experience  in the areas of national security, energy security, police, and military security operations. Their Instagram page has pictures of police, soldiers and the Secret Service. 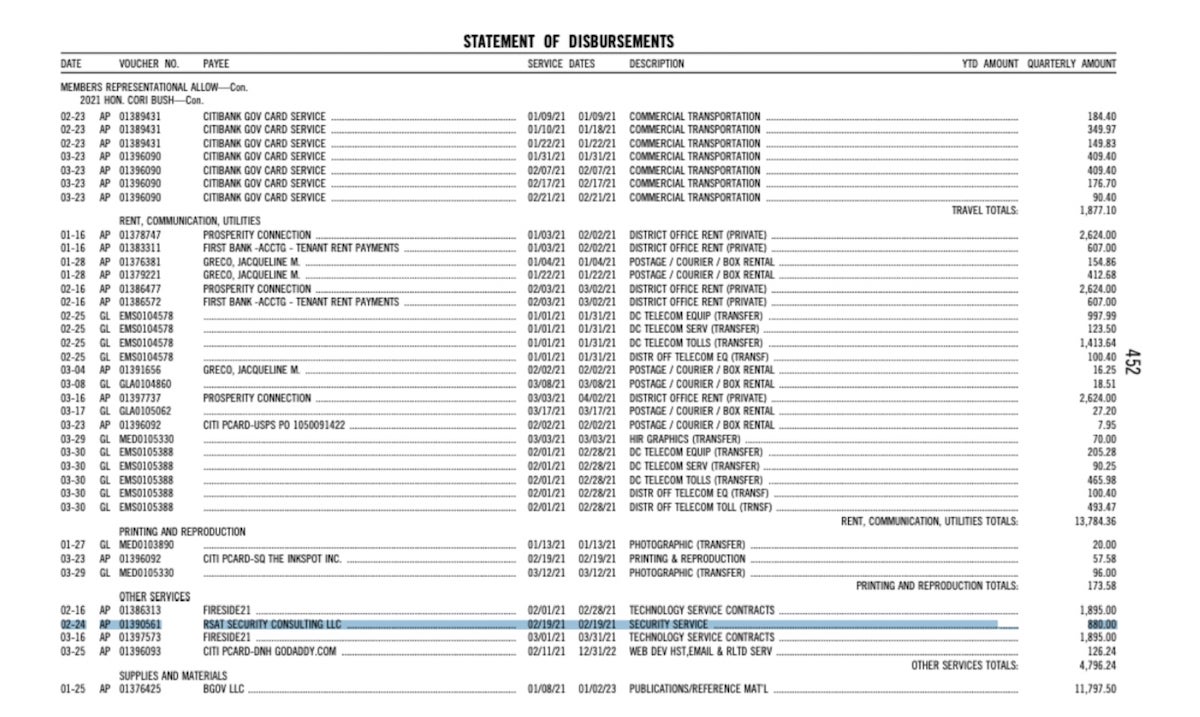 From The Daily Caller

Bush, a freshman Democrat who has vocally pushed to defund the police, spent over $30,000 on her own security, according to her April Quarterly 2021 financial report.

And remember, she has only been in office for less than six months. Bush criticized Barack Obama for not calling for the defunding of police. And what are the little people who do not have campaign funds do for safety? She wants to take away our guns and our police. That leaves us at the mercy of Democratic voters and other criminal elements.