It was just a matter of time before Trump pulled out to a huge lead over Joe Biden by a 51 to 41 margin. He beats Kamala Harris even more. Trump beats her by a margin of 52 to 39.  I finally figured out why Biden picked Harris. He wanted a vice president who was more pathetic than he is. He didn’t want anyone who would be more capable than he is.

Joe Biden’s approval rating has taken a nosedive after he has failed in everything he has tried to do. Gasoline is up by over 50%, inflation is going through the roof, Afghanistan was a complete disaster and the illegal alien problem is totally out of control. On top of that, people are missing President Trump. They now appreciate what a great leader he was and he had to be tough. He will also have both houses of Congress on his side after they whip the Democrats in 2022. 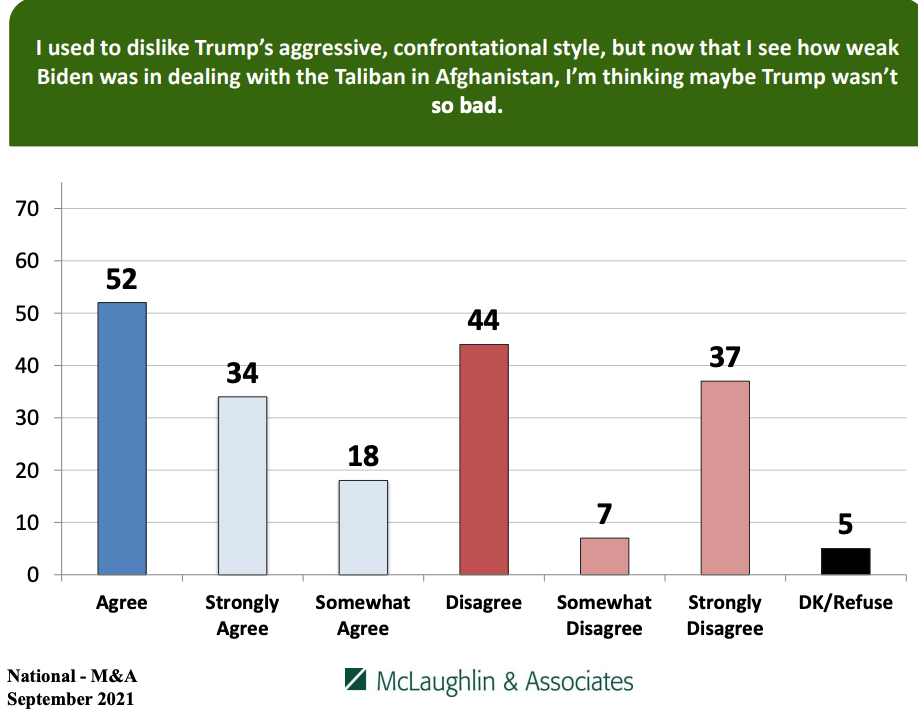 For example, when asked about Trump’s “aggressive, controversial” style, voters now think that it “wasn’t so bad” by a 52%-44% margin.

And by a 56%-40% margin, voters told McLaughlin, “I’m coming to appreciate Trump more, and I’m thinking we need a bit more of Trump’s toughness right now.” 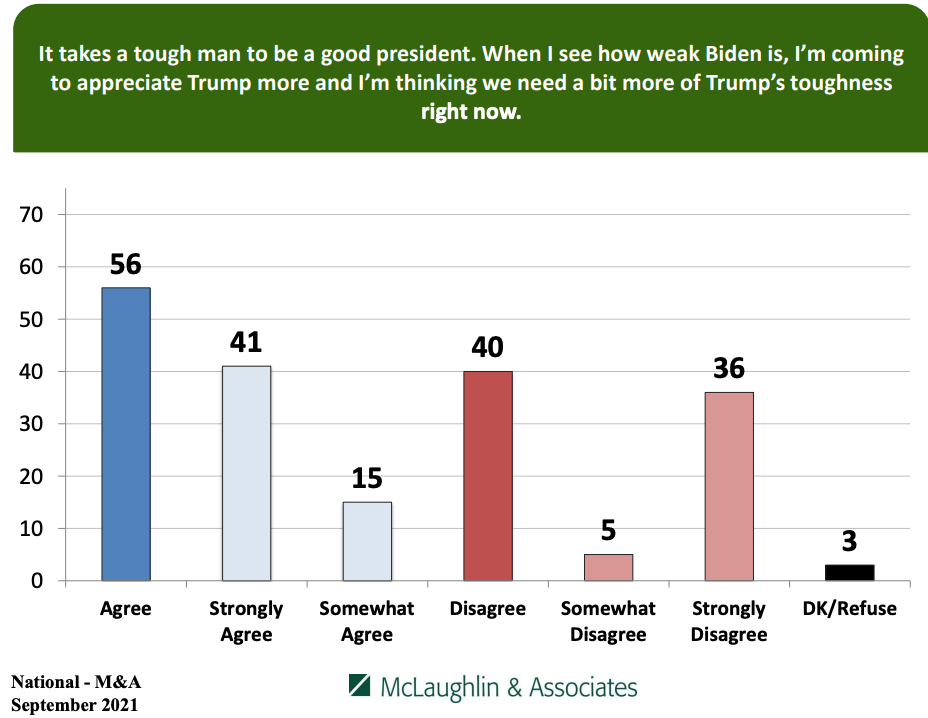 And remember there are three more years of ineptitude before the next presidential election. Trump will never match Reagan’s reelection where he took 49 states. Let’s face it, the Democrats could nominate a paperweight and it would win in New York, Mass, California, Washington, and Oregon. But Trump will win Florida, Texas, and Ohio. That would be a good launch for Trump, who is giving out hints that he intends to run in 2024.

Just 247 days since President Joe Biden took the keys to the Oval Office, a majority of people appear to want him evicted and former President Donald Trump back.

In a stunning turnaround, likely voters today said that given a second chance at Election Day, they’d pick Trump over either Biden or Vice President Kamala Harris. And by a country mile.

The survey is the latest of dozens that have shown Biden sinking like a stone. Many have turned south since the disastrous withdrawal of U.S. forces and diplomats from Afghanistan and the surge of illegal immigrants over the U.S.-Mexico border.

Others have shown that people are growing worried about Biden’s competence and ability to stay in office long enough to run for reelection.